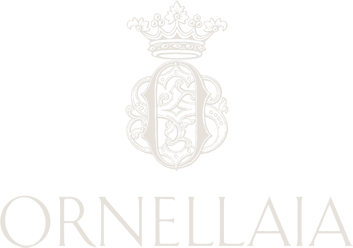 The elegance of a unique Tuscan terroir in a great vintage

Ornellaia is opening an elegant new chapter with its 2018 vintage. The rainy spring followed by perfect summer this year provide the climatic conditions to offer Ornellaia balance and complexity.

The estate relies on tailor-made vinification to achieve this quality ideal. Each grape variety and each plot of vines are vinified separately in order to magnify their singularities. The berries are manually harvested at perfect maturity with the greatest of delicacy before being sent to the cellar. The grapes are carefully sorted and then fermented, first in concrete and stainless steel tanks and then in oak. The development of the unique aromatic character of Ornellaia 2018 is completed with its aging in barrels.

The result of this cuvée is a wine with an intense ruby colour which offers an aromatic bouquet which fully expresses the character of the vintage. With its deep, silky tannins and its long tangy finish, Ornellaia 2018 has been labelled la Grazia by the house, named thus for the sense of symmetry, proportion and harmony that is expressed in the nobility of the wines. 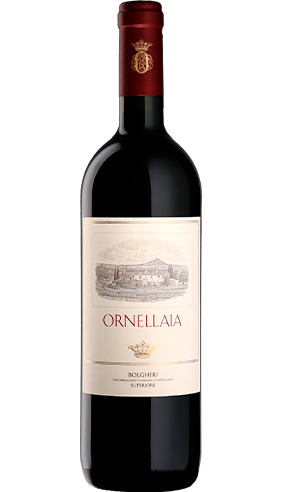 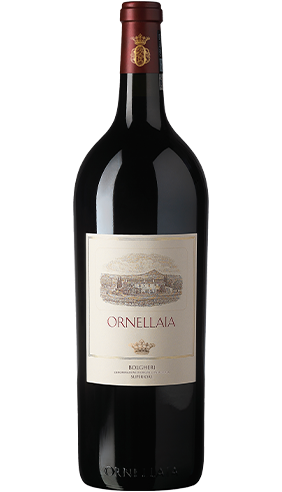 La Tenuta dell’Ornellaia, from the birth of a visionary idea
to international recognition

With a reputation that has migrated from the Italian Mediterranean coast to take its place on the international stage, Ornellaia stands out today as an iconic Frescobaldi family estate and one of the greatest Italian names. Founded in 1981, the Tenuta dell’Ornellaia was the brainchild of Marchese Lodovico Antinori who decided to plant Bordeaux vines in the Bolgheri region.

But it was really when the Frescobaldi family joined the Tuscan venture in 2002 that Ornellaia's destiny took on a whole new dimension. Indeed, Ornellaia truly received recognition when this icon of Italian vineyards for over seven centuries contributed its vast know-how and resources to the estate. In carrying out major renovations, the Frescobaldi group breathed a distinctly innovative spirit into the house while making the search for excellence the raison d'être for the ultra-modern premises.

The history of Ornellaia is written in the heart of Tuscany, but unlike the Chianti region, the estate runs along the Mediterranean coast. Its red and white vines are nurtured by the sea spray and cool nights that preserve the full aromatic expression of the grapes. The Ornellaia lands form a mosaic of terroirs where the soils influenced by sand, silt and limestone combine to offer the vines richness and distinction.

Ornellaia exemplifies its love and deep respect for its vines in its preservation of this invisible treasure of know-how defined by a sense of detail. Thus, in the space of a few decades, through the unique talent of estate director Axel Heinz and consulting oenologist Michel Rolland, the house has established the reputation of its great wines throughout the world while reinterpreting the finesse of Italian wines in the light of a unique terroir.

The Ornellaia cuvée, the bringing together of the Bordeaux grape varieties with precision know-how

This marriage of finesse and authenticity gives birth to a completely exceptional wine: Ornellaia. Far more than simply sharing the name, this cuvée symbolises the estate, a unique expression of the quintessential Ornellaia style.
And the reason this wine has already captured the hearts of great wine lovers around the world is because it forms part of a special story, that of the Super Tuscans. A handful of winegrowers from southern Italy aspire to create great wines that interpret the harmony of a terroir, ignoring the rules and appellations. Ornellaia knows the strengths of its lands and understands that marine influences call for the magnification of typically Bordeaux grape varieties such as cabernet sauvignon, merlot, cabernet franc or even petit verdot. And the gamble has proved brilliantly successful since today the estate's blended wines are among the most prestigious in the world.
Ornellaia wine is the ultimate example of a unique encounter between the particular character of Bordeaux grape varieties and a great Italian terroir. Ornellaia, with its extraordinary history, still stands out today as a wine with a unique style and a strong spirit of freedom.