Considered one of the largest producers of Spanish wines, Vega Sicilia is undoubtedly one of those legendary names in the world of wine. The Vega Sicilia story begins in 1864 when Don Eloy...
Available

Considered one of the largest producers of Spanish wines, Vega Sicilia is undoubtedly one of those legendary names in the world of wine. The Vega Sicilia story begins in 1864 when Don Eloy Lecanda, son of Toribio, becomes the heir to parcels of vines that were passed down from his father, who had acquired them from the Marquis de Valbuena. The Marquis de Valbuena was the one who first started to grow vines at the Bodega Vega Sicilia by planting Bordeaux varieties, as well as the renowned Tempranillo, the flagship black grape of the area.

Today, after being bought by the Álvarez family in 1982, Vega Sicilia embodies the values of excellence, patience and respect for the land where its extraordinary wines come from.

A unique estate representing a total of almost 1,000 hectares, Vega Sicilia covers 200 hectares at the head of the vineyard, which has an incredible richness and diversity of soils, and has the decisive influence of the Duero River.

The Vega Sicilia legacy originates in the heart of the Castile province in the Ribera del Duero DO wine region, and the prestigious Bodega is also in the Toro DO appellation.

As a mythical Iberian estate, Vega Sicilia offers exceptional wines with symbolic vintages like Valbuena and Unico. The true banner of the Bodega, Unico comes from 40 very carefully selected parcels and have 10 years of cumulative ageing before being sold, which gives it one of the longest ageing periods in the world for an exceptional wine.

Born from exceptional terroirs in which vineyards enjoy constant care and produced with the utmost respect for tradition, Vega Sicilia wines are simply great wines.

Vega Sicilia | Royalty Among the Wines of Spain 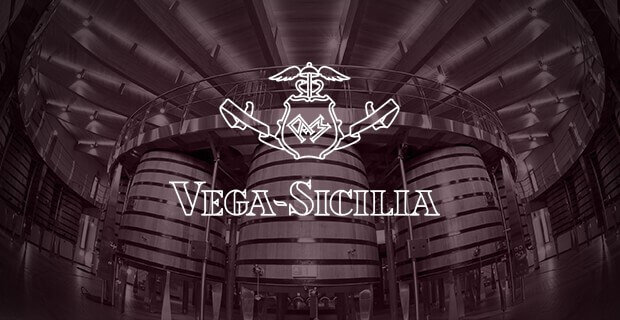 One of the most recognised names in the world of wine and undeniably the most famous Spanish label, Vega Sicilia needs no introduction. Founded in 1859, the estate was built on the idea that Bordeaux varieties – like Cabernet Sauvignon, Merlot and Malbec – could be grown in the great soils of Ribera del Duero alongside the local Tempranillo and be used to produce high quality blends that would stand out among its neighbours. That tradition continues through the estate’s three legendary bottlings - the Unico, Unico Reserva Especial and Valbuena, - each one evolving over several years in oak and bottle before being released on the market.

Vega Sicilia: A History of Greatness in Ribera del Duero

In 1859, an entrepreneur by the name of Don Eloy Lecanda y Chaves inherited a property that would one day become Spain’s most legendary wine estate, in today’s Ribera del Duero region. Having recently returned from France, he imported 18,000 vine cuttings from Bordeaux varietals - Cabernet Sauvignon, Merlot, Carmenere, Petit Verdot and Malbec – and planted them in the arid soils of Ribera, alongside Spain’s signature Tinto Fino (aka Tempranillo). From these first vines, in 1864, Vega Sicilia (back then known as Bodegas Lecanda) was officially born. By 1882, Lecanda had planted 500,000 vines on his estate, including the Bordeaux varieties, Pinot Noir, Tempranillo and Garnacha. He began producing wines that were of significantly higher quality than those of his neighbours. Unfortunately, the founder did not manage to keep the estate financially viable.

In the early 1900’s, the estate came to belong to the Herrero brothers, who first named the estate’s wines Vega Sicilia. The new owners moved in the highest social circles of Spain, introducing the wine to distinguished members of the aristocracy and upper-middle class. They presented Vega Sicilia as a wine of “high quality achieved at no matter what cost,” which became the core principle of the estate. Instrumental to bringing about this high quality was the estate’s famous oenologist Domingo Garramiola Txomin. His hard work in the vineyards bore fruit in 1915, which would be the inaugural vintage of Vega Sicilia. Garramiola pioneered the application of Bordeaux techniques, including long periods of oxidative ageing in oak casks. In the years that followed, the wines of Vega Sicilia became famous around Spain and when the 1917 and 1918 vintages were awarded prizes at the 1929 World Fair in Barcelona, the estate’s reputation soared globally.

In 1982, Vega Sicilia was acquired by the Alvarez family, who invested heavily into the vineyard and winery. They began a massive program to replant the vineyards, expanding the latter from 198 acres to 500 acres planted with vines, and started producing wines exclusively from estate grown grapes. Viticultural methods, such as green harvesting, were adopted to decrease yield, and grape selection at harvest became even more thorough. While some may say that the Ribera del Duero earning its DO title in 1982 helped make Vega Sicilia the most recognised label from Spain, it is perhaps just as true that Vega Sicilia put Ribera del Duero on the map as an appellation capable of producing world-class wines.

The Vega Sicilia wineries are located in Valbuena del Duero in the province of Valladolid, on a fertile plane along the river, in the heart of the Ribera del Duero appellation. Today, the estate extends over more than 500 acres of vines, planted at an elevation of around 750-800 meters above sea level. On these northern-facing slopes, the vineyard features outcrops of limestone soils and chalk, which have for a long time been associated with some of the region’s most successful wine regions. This topsoil is mounted on the same schist-based bedrock that underlines the vineyards of Port, further downstream of the Duoro River. The climate here is continental, with extremely hot summers and cold winters, a modest rainfall of around 500mm per year and a wide variation between daytime and nighttime temperatures (up to 30 °C). Grapes from the northern-facing slopes bring great acidity levels to the finished wines. On the valley floor, the vines grow in a mixture of clay, sand and gravel soils, whose diversity results in a wide range of base wines from which to create the estate’s signature blends.

While Vega Sicilia’s newer plantings focus more on the locally native Tempranillo, almost 20% of the total vineyards are still planted with the traditional Bordeaux varieties first brought in by Don Eloy Lecanda. While the Tempranillo is trained as bush vines, the Merlot and Cabernet Sauvignon are trained along wires on the Guyot system just like “back home” in Bordeaux. The team has eliminated the use of chemical fertilisers and pesticides in the vineyards, instead applying organic compost when needed. A majority of the vines at Vega Sicilia are quite old, some over 100 years of age. The naturally low production of old vines, coupled with practices such as green pruning and selective sorting, results in very low yields (15-20 hectolitres per hectare) of highly concentrated grapes.

Winemaking at Vega Sicilia: Perfecting the Art of Oak

Throughout its history, Vega Sicilia has been blessed with a succession of talented winemakers. Don Jesus Anadon worked to build upon the reputation of the wines, keeping the signature style as production expanded. Mariano Garcia oversaw the estate’s great transition in the 1980’s, adapting the style of the wine to changing tastes (for example, reducing the time of maturation in oak). Today the winemaking is handled by Javier Ausas.

The musts at Vega Sicilia are fermented in tanks or lined cement vats at temperatures that rarely exceed 28 °C. Maceration is extended, lasting several weeks. After pressing, the wines undergo malolactic fermentation in large wooden vats, followed by time spent in oak and bottle. Vega Sicilia produces three main wines. Unico (meaning “unique”) is the flagship of the estate, made of a blend of Tempranillo and Cabernet Sauvignon with native yeast alcoholic fermentation and malolactic both taking place in oak. While the ageing regime at Vega Sicilia has recently evolved to include less time in oak and a mix of different types of barrels, the Unico cuvee still sees quite a bit of wood as a Gran Reserva wine. It normally ages a total of 6 years in oak, with the different stages taking place in different types of barrel – American and French oak, both new and used, 225 L barrels and 20,000 L vats. It spend around 3 more years in the bottle before release. Vega Sicilia also produces a non-vintage super-blend called Unico Reserva Especial, blended from the very best lots of the 3 or 4 very best years. Only the best Unico base wines are reserved to produce this masterful blend.

Tempranillo is the predominant grape in the Valbuena cuvee as well, which has some Merlot and Malbec blended in, with the exact proportions depending on vintage. Alcoholic and malolactic fermentations of this wine is carried out in stainless steel tanks and the wine is aged for five years in total between oak and bottle. The portion in oak includes American and French wood, new and used oak, 225 L barrels and 20,000 L vats.

The wines of Vega Sicilia are some of the most sought-after in the world, yet only a limited portion is made available for export. A majority of these bottles go to an exclusive circle of private clients (with a long waiting list to join them), along with some of the best hotels and restaurants of Spain. Sharing a bottle of Vega Sicilia is a special experience indeed, a rare chance to taste over a century of winemaking savoir faire and one of Spain’s most celebrated terroirs. 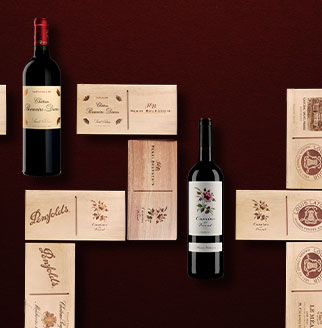