The Produttori del Barbaresco, officially founded in 1958, traces its roots back to 1894 when, Domizio Cavazza of the Royal Enological School of Alba and resident of Barbaresco created the...Read More

The Produttori del Barbaresco, officially founded in 1958, traces its roots back to 1894 when, Domizio Cavazza of the Royal Enological School of Alba and resident of Barbaresco created the region's first cooperative to help the small landowners. This original cooperative was disbanded in the 1920s because of economic rules put in place by the fascists and it was not until 1958 that a priest from the village reformed the 'Cantine Sociali' in order to help the local vinegrowers. Today the Produttori del Barbaresco has 56 members and 100 hectares of Nebbiolo vineyards in the Barbaresco zone - almost 1/6 of the total vineyard area. Each family is in complete control of its own land. The winery produces a Barbaresco DOCG, a blend of Nebbiolo grapes from different vineyards, a Langhe Nebbiolo, and in great vintages there are nine single-vineyard Barbaresco: Asili, Rabaja, Pora, Montestefano, Ovello, Paje, Montefico, Moccagatta, and Rio Sordo. The Produttori, which vinifies only Nebbiolo, produces roughly 35,000 cases per year.

Produttori del Barbaresco | What a Cooperative Should Be

In the world of fine wine, where the concept of the cooperative is all too readily associated with low-quality bulk production, Produttori del Barbaresco sparkles as a rare exception with a truly admirable success story. Inspired by the historic Cantine Sociali of Domizio Cavazza, considered by many the “Father of Barbaresco,” this cooperative was originally established out of necessity, as a way for nineteen local winegrowers to survive the economic challenges of the post-war era by pooling their resources and working together. 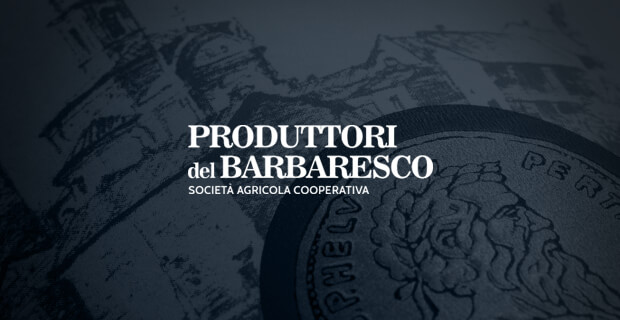 But unlike many other co-ops, the Produttori set their focus on producing terroir-driven, single-varietal fine wines from early on, putting in place a system that would reward quality over just quantity. Today, their portfolio includes a stunning selection of nine distinct single-vineyard Nebbiolo bottlings, produced only in the very best vintages and rivalling the greatest producers of Piedmont. Meanwhile, their Barbaresco DOCG remains one of the best kept secrets for remarkable, age worthy Barbaresco (outside of Italy, of course).

The History of Produttori del Barbaresco

While the Produttori del Barbaresco cooperative was officially established in 1958, the ideas behind it really date back to 1894, when a man by the name of Domizio Cavazza formed the Cantine Sociali di Barbaresco, the very first wine cooperative of the Barbaresco appellation. As head of the Oenological school of Alba and a visionary pioneer widely considered the “Father of Barbaresco,” Cavazza saw the remarkable potential of this region. He believed that Barbaresco could become famous for its own single-varietal Nebbiolo wines instead of producing red blends to sell in bulk to Barolo (which was common at that time). He recognised that the flagship grape variety of Piedmont, Nebbiolo, produced very different wines in Barbaresco and in Barolo, and, within Barbaresco, distinct expressions from one micro terroir to the next. So, he purchased a local castle and gathered nine local vineyard owners to work together and produce wines from 100% Nebbiolo, which would be sold as Barbaresco.

In just a few years, the reputation of the Cantine Sociali soared as its wines were added to the wine lists of some top restaurants in Italy and were even being exported to other European countries. However, business came to a halt following the untimely death of Domizio Cavazza in 1913, the hardships brought on by World War I and the harsh economic policies of Mussolini in the post-war years. The Cantine Sociali officially closed its doors in 1930 and it was not until 1958 that another such cooperative was founded, this time by the priest of the village of Barbaresco.

Realising that the only way small properties could survive the challenges of the times was by working together, priest Don Fiorino Marengo gathered 19 nineteen small growers and convinced them to pool their resources to revive the cooperative. The first three vintages of Produttori del Barbaresco were produced in the basement of Don Fiorino’s church, though eventually these Barbaresco vineyard owners purchased a winery across the square, where the wines are still produced today.

From early on, the Produttori del Barbaresco set their focus on quality, recognising that the only way they could hope to one day compete with the fine wines of Italy is by elevating the reputation of the Barbaresco appellation and its wines overall. So, despite steady demand for inexpensive table wines made from a blend of red grapes, the cooperative insisted on producing only Barbaresco-labelled wines and only from the Nebbiolo variety. It certainly did not hurt that the Produttori owned some of the greatest vineyard parcels of Barbaresco.

In the first decade of its existence, the Produttori del Barbaresco cooperative produced only one wine, a Barbaresco made from blending Nebbiolo from various vineyards in the appellation. However, by the 1960’s, some Barbaresco producers like Gaja were starting to released single-vineyard wines, inspired by the Burgundy region of France. In 1967, Produttori del Barbaresco also released five single-vineyard wines, followed by four in the next vintage deemed worthy, 1970. Starting in the same year, these single-cru bottlings were released as Riserva, with a longer ageing. In 1975, the cooperative introduced their Langhe Nebbiolo bottling, just before Langhe became a DOC, and Barolo and Barbaresco became DOCG in 1981.

In 1986, Gianni Testa joined the team and has remained at the cooperative as Technical Director ever since. Today, the Produttori comprises 54 members and 100 hectares (250 acres) of prime Nebbiolo vineyards in Barbaresco. The cooperative is run democratically, with a board of 9 farmers elected by the members every three years, along with a president among these three farmers.

Currently at the head of the Produttori del Barbaresco is Managing Director Aldo Vacca, whose father was one of the founding 19 members of the cooperative. Vacca meets with all of the winemakers once per month to decide together release dates, purchase decisions, etc. This transparency, autonomy and close relationship between the farmers have allowed the Produttori to grow and develop its reputation from one year to the next.

Today, the Produttori del Barbaresco own roughly 100 hectares (250 acres) of vineyard in the Barbaresco appellation of the Piedmont wine producing region, in north-western Italy. These vineyards are 100% dedicated to the flagship grape variety of the region, Nebbiolo, which comprises 100% of the wines of the cooperative. In fact, Produttori del Barbaresco is the only winery in the region working exclusively with Nebbiolo. The grapes are grown at elevations of 200 to 400 meters (or 600 to 1300 feet) above sea level, on a chain of hills with great sun exposure.

In addition to their Barbaresco DOCG and their simpler Nebbiolo Langhe, Produttori del Barbaresco also releases, in the best vintages only, a collection of nine single-vineyard wines from nine very different terroirs. These nine vineyards are Montefico, Pora, Montestefano, Ovello, Paje, Muncagota, Asili, Rabajà and Rio Sordo. In order to avoid tension among members, the cooperative takes an all-or-nothing approach: If one cru is deemed to not be of high enough quality in a certain vintage, none of the nine are released.

Each of these crus has its unique terroir, producing wines with very different personalities. For example, the 20-hectare (50 acre) Ovello vineyard is home to calcareous soils rich in clay and a slightly cooler microclimate, producing wines with a more exuberant and youthful fruit and fuller body. The solitary, southwest-facing Rio Sordo vineyard, meanwhile, has light limestone soils with a low calcium content, resulting in opulent wines which are very silky, smooth and seductive, with a powerful structure and soft, well-balanced tannins. And the 2.28-hectare (5.7-acre) Asili vineyard is one of the most distinctive in the region, with calcareous limestone and sandy veins, producing quite an intense wine, which needs a few years in the bottle to reveal the full complexity of its personality.

While each of the landowner members of the Produttori del Barbaresco cooperative are, overall, free to cultivate their vineyards as they see fit, they have in common high standards of vineyard management. The Produttori are now working with high-quality, more sustainable clonal material when it comes to replanting the vineyards. They have also adapted new approaches to canopy management and cover cropping in areas where the latter are necessary. In recent years, they have worked to minimise the use of chemical fertilisers and pesticides. A series of seminars and meetings between growers allows the Produttori to share their knowledge on latest viticultural developments with each other, and thus improve as a team.

The payment structure of Produttori del Barbaresco winegrowers has also specifically been developed in a way to encourage quality over just quantity. Today, all of the Produttori farmers practice green harvesting as just one way to control yield and ensure a great concentration of flavour in the fruit.

Over the years, the members of the Produttori del Barbaresco have pooled their profits several times and, joining their efforts, gathered the funds to invest in equipment for the winery, including a new pneumatic crusher and destemmer in the early 90’s. There is also close attention paid to the quality of the oak botti used to mature the wines and the Produttori have been gradually replacing the older barrels over the course of the last two decades.

The winemaking of the various Barbaresco wines is largely consistent, allowing the wines to highlight the different characteristics of their terroir of origin. The harvest of the fruit is carried out individually by the farmers of the cooperative. Upon arriving at the winery, the grapes undergo a thorough assessment of ripeness and quality. The single-vineyard wines from the smaller vineyards are fermented in 50-hectoliter temperature-controlled stainless-steel tanks, while the larger single-vineyard wines and Barbaresco DOG ferments in 100-hectoliter stainless steel tanks. Their Nebbiolo Langhe DOC ferments in concrete tanks.

The Barbaresco wines macerate for roughly 30 days on their skins with pump-overs carried out 2 to 3 times per day while fermentation is ongoing. Meanwhile, their Nebbiolo Langhe spends 20 days on skins with 2 pump-overs a day. Fully confident in all that the Barbaresco terroir has to offer, Aldo Vacca prefers a full extraction, followed by extra time spent ageing to soften the wines.

To mature its signature Barbaresco wines, Produttori del Barbaresco has always relied on large, old French or Slovenian botti of 25.50 and 75 hectolitres. The time spent in maturing, however, has evolved from four to five years in the 1970’s to two to three years today. Meanwhile, the Nebbiolo Langhe spends just 5 months in these large oak barrels, producing a wine with a more approachable style, ready-to-drink style.

How to Enjoy the Wines of Produttori del Barbaresco

Each year, Produttori del Barbaresco produces a Langhe Nebbiolo DOC from younger vines to serve as the introduction to the cooperative’s range, as well as a the Produttori del Barbaresco “Barbaresco DOCG” made from a blend of Nebbiolo from various vineyards in the appellation. This great wine is one of the best values in the world of wine, a Barbaresco with a refined, elegant nose of blackcurrants, blueberries and raspberries, along with soft and rounded tannins. This wine will pair beautifully with lamb or feathered game dishes, particularly roasted pheasant.

To fully enjoy these wines, we recommend ageing them for a decade or longer in the bottle (except for the Langhe Nebbiolo, which is ready to open after just a few years). Before serving them, allow them to breathe for an hour or two in order to open the nose. Serve them at a temperature of 18°- 20°C (65° - 68°F) in a large goblet glass.