Up until May 31, 2020 discover our selection of 10 dynamic duos, now at discounted prices. Designed to highlight certain links that are not always obvious, these duo wine cases allow us to understand winemaking philosophy and know-how on a much larger scale through a certain vision expressed in various ways through different regions, grape varieties and techniques... A fantastic opportunity to learn more about certain categories and major wine families. 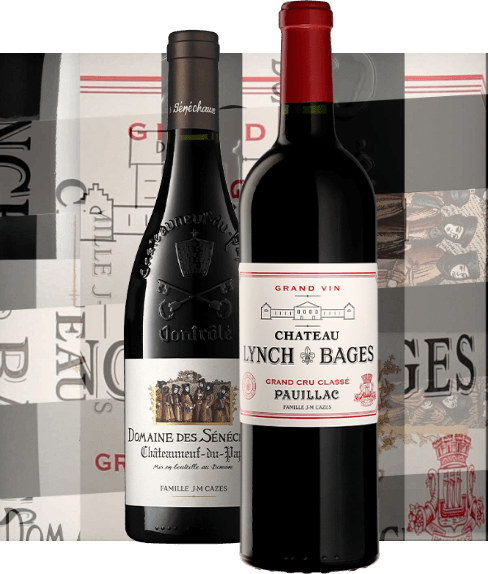 It was in 1939 that the Cazes family purchased Château Lynch-Bages, a prestigious Fifth Classified Growth of 1855 in the Pauillac appellation. Expanding over 100 hectares of vines, it is today one of the most sought-after labels in Bordeaux. Through the acquisition of the renowned Domaine des Sénéchaux in 2006, the Cazes family became the perfect link between Bordeaux and the legendary Châteauneuf-du-Pape appellation.

Angelo Gaja and Ca 'Marcanda,
properties of the Gaja family 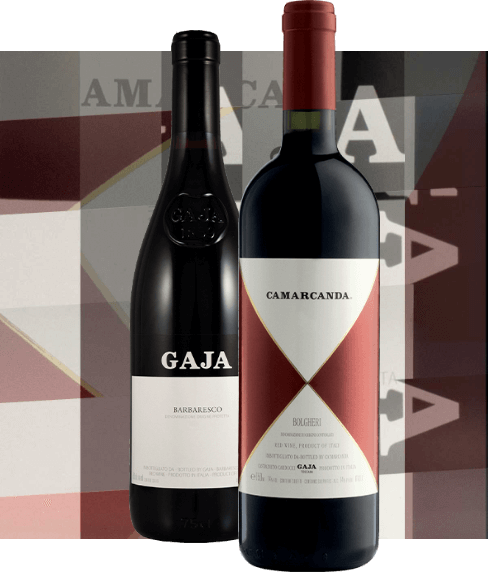 Angelo Gaja, who turns 80 years old this year, is a key figure in the world of Italian wine. He is a leader in the quality renaissance of Barbaresco, today one of the most famous appellations in the world. Today, Gaia Gaja from the fifth generation of this great wine family directs the famous Gaja estate in Barbaresco, as well as the vineyards of Ca'Marcanda in Bolgheri. Angelo Gaja’s pioneering legacy has been carried on through measures currently put in place at the estate to mitigate the effects of climate change in the family's Piedmont and Tuscany vineyards. 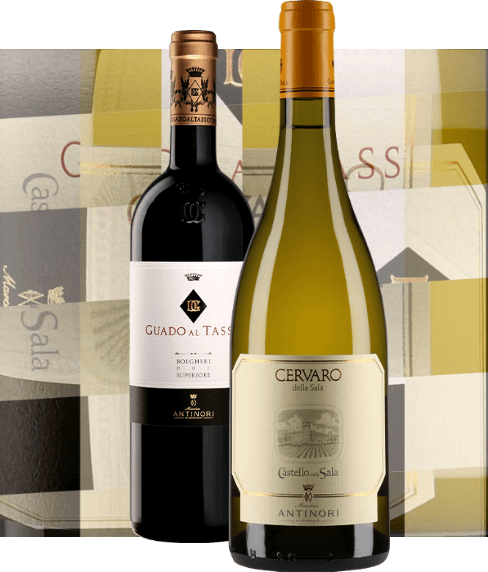 The Antinori family has dedicated itself to wine production for over six hundred years, a passion passed down through 26 generations! This is one of the oldest wine families in the world. Throughout its history, the Antinori family has always actively pursued the art of winemaking, often through innovation and courageous choices, such as the decision to lead the Super Tuscan wine revolution in the 1970s. One of the best known wine dynasties in the world, the Antinori family currently heads 8 prestigious estates in Tuscany and Umbria, including Guado al Tasso and Castello della Sala. 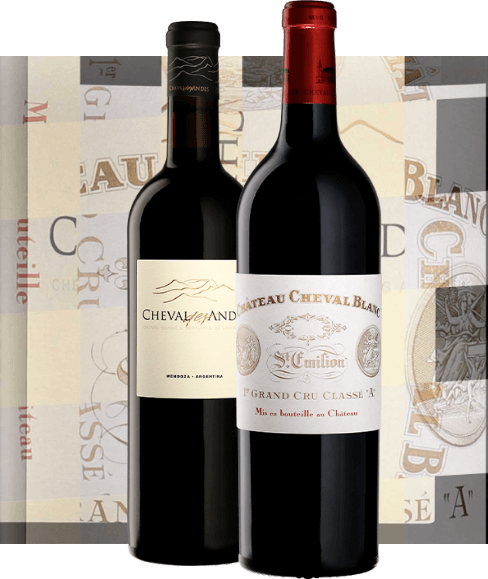 Terrazas de los Andes is a winery in Argentina specialising in the production of high altitude wines. Its emblematic "Cheval des Andes" cuvée was born from the merger between this estate and Château Cheval Blanc, famous First Classified Growth A of Saint-Émilion. This exceptional combination has given rise to fashionable wines that express in the glass the greatest terroirs of Mendoza, sharing with Château Cheval Blanc a mutual vision for age-worthy and elegant fine wines. 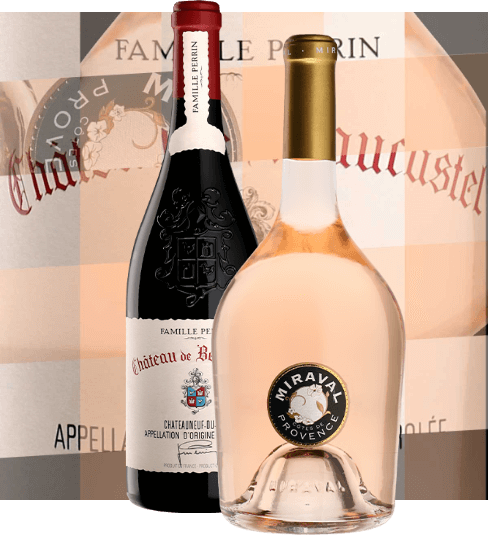 Château Miraval, situated in Provence and purchased in 2008 by the famous Hollywood ex-couple Angelina Jolie and Brad Pitt, has become internationally known for its sought-after rosé, easily recognisable by the iconic shape of its bottle. The Perrin family, one of the most famous wine-growing families in the world, leads the production of the estate's wines. They also own, among other properties, Château de Beaucastel, considered one of the pillars of the Châteauneuf-du-Pape appellation. 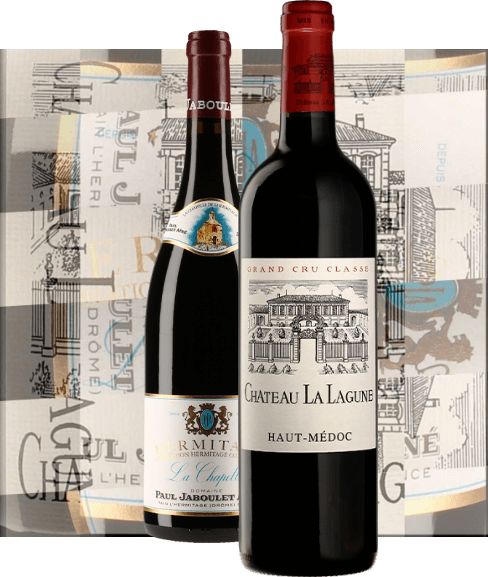 The Paul Jaboulet Aîné estate, a true embodiment of the great wines of the northern Rhône Valley, and Château La Lagune, expressive of the Haut-Médoc terroir, are today managed by the talented and passionate oenologist and winemaker, Caroline Frey. Under her leadership, the vines are cultivated organically and biodynamically, with the aim being to produce wines of great precision. 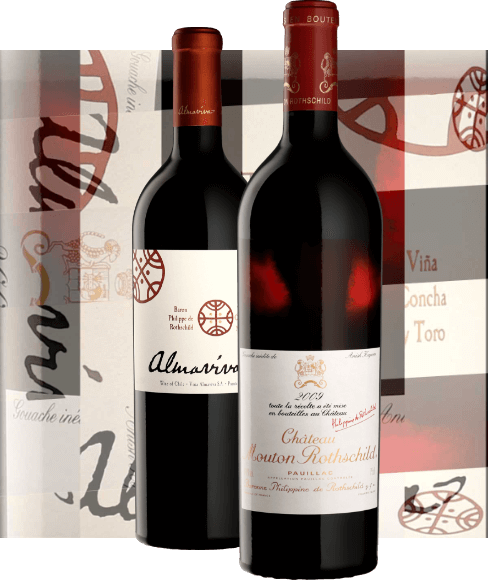 In 1997, Baroness Philippine de Rothschild, at that time President of the Philippe de Rothschild company, and Don Alfonso Larrain, President of Viña Concha y Toro, signed onto a partnership together. From this agreement was born Almaviva, an exceptional Franco-Chilean wine which combines the savoir-faire gained from France's rich viticultural tradition and a unique expression of the Chilean terroir. Almaviva is the first Chilean "Grand Vin," a concept borrowed from the French chateaux and modeled after one of the greatest names in Bordeaux: Château Mouton Rothschild, Classified First Growth of 1855. 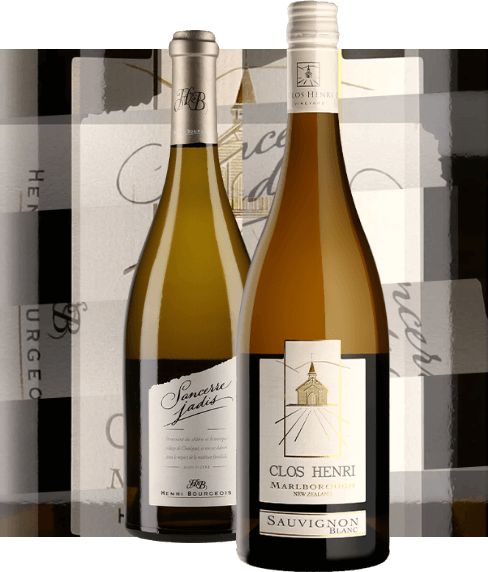 With a winemaking legacy in Sancerre spanning back 10 generations, the Bourgeois family is one of the most emblematic references of this appellation. Driven by the aim to reveal in their wines an expression of the most beautiful terroirs of Pinot Noir and Sauvignon Blanc, the family set out to explore the world and, in doing so, uncovered a rare germ. After a long search, it was in Marlborough, New Zealand, that the Bourgeois family began its new adventure, founding the Clos Henri estate. Clos Henri has today become a real benchmark for New Zealand wines, a testament to the immense know-how of the Bourgeois family, and their deep knowledge of the Pinot Noir and Sauvignon Blanc grape varieties. Educational and delicious! 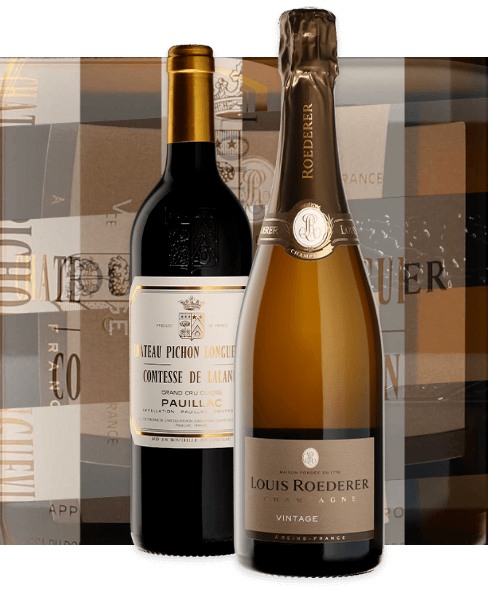 Louis Roederer is one of the last great Champagne houses to have remained family owned and completely independent. Boasting a legacy over 241 years old, the Louis Roederer Champagne House is today managed by Frédéric Rouzaud, representing the seventh generation of the founding family. Since 2007, the Rouzaud family has also been at the helm of one of the greatest chateaux in Bordeaux: Château Pichon Longueville Comtesse de Lalande, described as a "super second growth" or "almost first growth" because of its exceptional quality. The excellence of the cuvées made by the Rouzaud family is undeniable, unanimously praised by critics, who regularly rank them very highly.

Masseria Surani and Tommasi,
properties of the Tommasi Family Estates 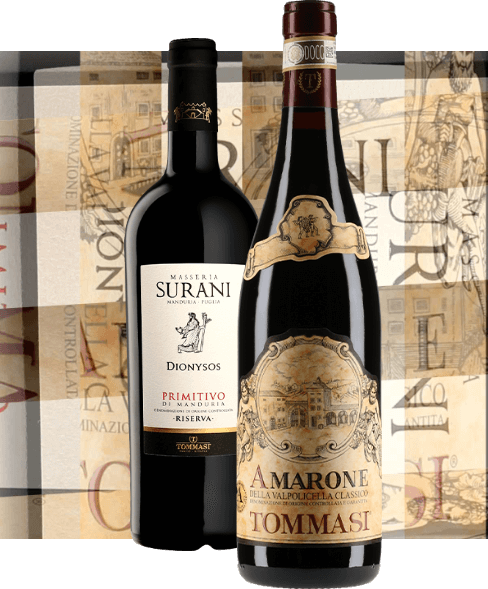 The Tommasi family is one of the greatest ambassadors to Amarone in the world, with a unique know-how when it comes to the art of appassimento (drying grapes). Driven by their fierce passion for wine, they first acquired a Veneto vineyard in Valpolicella Classica, followed by Masseria Surani, an 80-hectare Apulian vineyard dating from the 20th century. A great name in Italian viticulture, the Tommasi family now owns several different estates across the country and continues to write the history of great Italian wines.