10% discount on our entire site* with promo code SUMMER10 *Offer valid until 15/08/2022. Does not include ongoing special offers, en primeur and rare wines. Valid only once per customer. 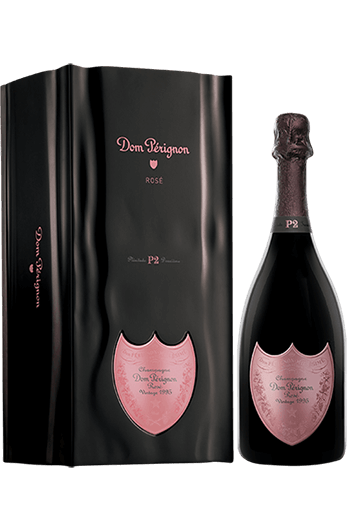 The perfect fullness of a full-bodied and sophisticated champagne rosé

Dom Pérignon champagne owes its name to Pierre Pérignon, the famous monk and cellar master of Abbey de Hautvillers in 1668, who was also known as Dom Pérignon. Legend says that Pierre Pérignon discovered what is known today as the Champagne method. As a point of interest, he taught this method to Benedictine monk, Thierry Ruinart, in 1669, which allowed Ruinart to become the first Champagne house in 1729. Since 1st January 2019, Vincent Chaperon has succeeded Richard Geoffroy as Dom Pérignon’s Cellar Master.

A unique concept by Dom Pérignon, Plénitude P2 offers a new expression of Dom Pérignon champagnes that have enjoyed fifteen years in the cellar. Patiently matured and preciously preserved in the house’s cellars, Dom Pérignon P2 rosé then boasts a radiant vitality and reveals all its length, fullness, depth and intensity.

1995 was marked by a not so clement spring with a late budburst. From June until the harvest, the magnificent summer without rain for two months and higher-than-average temperatures enabled the grapes to attain an excellent ripeness level. At Dom Pérignon, the harvest began on September 18th and ended on September 25th.

Plénitude P2 Rosé 1995 by Dom Pérignon has an aromatic bouquet that still offers a lively and bursting fruity expression. Aeration enables the wine to breathe and develop its full identity. Notes of black cherry mixed with the delicacy of floral violet notes on the nose. Empyreumatic notes reminiscent of rye bread, gourmet praline notes and lightly smoky notes then emerge.

On the palate, this Plénitude P2 Rosé 1995 by Dom Pérignon shines through its absolute consistency. The mouth unfolds all the fullness and fleshiness of its structure with great precision. A sappy, racy Dom Pérignon Rosé with exotic accents.