Biodynamic Wines | A Holistic Approach to the Vineyard and Cellar 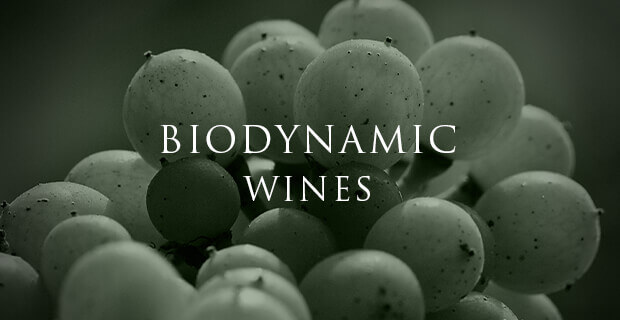 Cow horns filled with decomposing dung, heaps of hot, rotting compost, and a calendar determined by the planets and moon... To many, the biodynamic movement still remains somewhat of a mystery, a spiritual approach often difficult to relate to. To others, it seems the most logical way to “return to nature” and produce the purest possible expressions of terroir. What is certain is that biodynamic wine farming has become increasingly popular since the 1920’s, with producers around the world taking great steps to convert to these methods. What was initially a niche phenomenon is becoming more and more common, with visionary producers like Nicolas Joly, Alvaro Espinoza, and Lalou Bize-Leroy leading the way.

What is Biodynamic Wine?

Much more than just a « style » of agriculture, biodynamics is an entirely different worldview. Those who practice biodynamics look at a farm (or vineyard) and see an interconnected living system, affected by the wider pattern of lunar and cosmic rhythms. This philosophy has its roots in the work of Austrian philosopher/scientist Rudolf Steiner, who delivered a famous lecture series on the topic – entitled “Spiritual Foundations for the Renewal of Agriculture” - in 1924. While the work of Steiner is widely considered the foundation for biodynamic agriculture, several wine growers today have distanced themselves from his teachings, choosing to adopt alternative versions of the philosophy. Winegrowers who adopt a biodynamic approach tend to be creative types who experiment with various biodynamic practices to find what best suits the terroir they are working with. This means that there are many different variations of biodynamic viticulture, making “biodynamic wine” rather difficult to define.

In the words of visionary Languedoc-Roussillon winemaker Gérard Bertrand, “Organic is a methodology, and biodynamic is a philosophy.” Biodynamic farming shares all of the rules and regulations that define organic farming, but goes one step further. So, while organic farming and biodynamic both prohibit the use of chemical pesticides, herbicides and fertilisers to treat the soils, and limits what can be added to the wine during the vinification process, biodynamic also involves following a planetary calendar, treating the vineyard as part of a better natural system, and the preparation of special fertilisers with which to nourish the soil.

Out in a biodynamically cultivated vineyard, various viticultural tasks, such as planting, pruning and harvesting follow a strict lunar calendar, which reflects the intrinsic connection between the vineyard and the solar system. This might seem peculiar to some. Nevertheless, mankind has always looked to the stars for guidance, even as far back as ancient Greece and Egypt. It was Maria Thunn, widely considered the godmother of biodynamic winemaking, who designed the lunar calendar for viticulture, dividing the days into four categories – Root Day, Fruit Day, Flower Day and Leaf Day - each one coinciding with one of the four classical elements of Earth, Fire, Air and Water, respectively. Each viticultural task is performed only on the type of day considered most auspicious. For example, fruit days are considered best for harvesting grapes, root days are best for pruning, and leaf days are best for watering. Some days are even designated as best to taste the wine with food. On flower days, it is best to leave the vines alone.

One of the particularities of biodynamic viticulture is the way of thinking about the soil as a living, breathing organism rather than just a substrate for the vines to stretch their roots into. From the biodynamic point of view, applying synthetic fertilisers and pesticides to the soil is akin to poisoning a living being, and so these chemicals are absolutely forbidden. Instead, biodynamic vine growers make a series of special preparations to nourish the soil and enhance the rich biodiversity that inhabits it. The 9 most common ones include Preparation 500 (cow manure fermented inside of a cow horn and buried in the soil during the wintertime), 502 (yarrow blossoms fermented in a stag bladder), 503 (heads of chamomile fermented in the soil) and 508 (horsetail plant tea sprayed onto the vines to avoid fungal diseases).

One of the most important aspects of biodynamic winegrowing is maintaining a healthy microbial population in the soil and this is achieved by composting. Biodynamic growers typically have, somewhere on the property, large heaps of compost, containing organic waste from the winery (grape stems, skins and seeds), cow manure and straw. The microbial activity in these piles of compost generates heat, raising the temperature of the pile significantly. The compost is typically added to the vineyard on a plot-by-plot basis.

In biodynamically managed vineyards, the soil is ploughed manually. The use of chemical herbicides to clear vine rows is strictly forbidden; instead, growers use special devices to weed manually. Horses are sometimes used as an alternative to tractors to plough the soil.

From the biodynamic perspective, a disease is considered a symptom of a deep-rooted problem in the agricultural system. Rather than aggressively targeting the disease with chemicals proven to be harmful to the environment, the grower needs to take a step back and look at the bigger picture, finding the imbalance in the vineyard system and correcting it, thereby curing it of the disease as well.

Biodynamic Winemaking: The Art of Restraint

Much of what people know about biodynamic wines has to do with viticulture. However, there are also several strict regulations on processes taking place at the winery. For one, the addition of manufactured chemicals, including commercial yeasts, and acidity adjustment are prohibited. Certified biodynamic wines may contain up to 100 PPM of sulphites.

The largest certification organisation for all biodynamic agriculture is Demeter International, established in 1928, right at the dawn of biodynamic agriculture. A rival organisation called Biodyvin also certifies as biodynamic, focusing exclusively on viticulture. Due to the existence of many rival organisations, Demeter USA has trademarked (or, more correctly: certification-marked”) the term “biodynamic,” thus preventing anyone in the country from labelling a product as biodynamic unless it was certified as such by Demeter USA, specifically.

There are several wineries, which choose not to get the Demeter certification, despite going through the trouble of producing wines biodynamically. Some worry about being associated with biodynamic because of the negative press that has resulted from some of the “weirder” aspects of this philosophy (cow dung stuffed in horns, astrological calendars, etc.) Others worry about losing their AOC designation in the case that biodynamic production does not met with regional guidelines.

Since the 1920’s, biodynamic wine production has become increasingly popular around the world. France continues to be the leader in biodynamic wine. Some of the best known pioneers are Nicolas Joly in the Loire, Louis Roederer in Champagne, Maison Chapoutier in the Rhône Valley, Domaine Leroy in Burgundy, Château Pontet-Canet in Bordeaux, and Domaine Zind-Humbrecht in Alsace. France is followed by Italy, the United States, Germany, Austria, Switzerland, Spain and Chile.