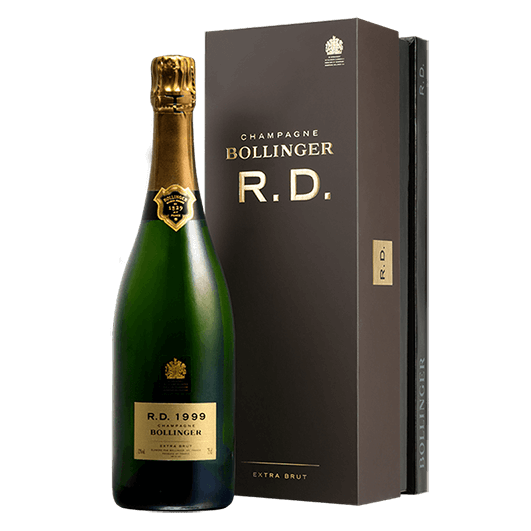 A refined champagne with a unique aromatic palette

Nicknamed “Boll” by those from Champagne or “Bolly” by the English, the timeless and legendary Bollinger Champagne House forms part of a small circle of three great Champagne houses. Bollinger champagne’s style is defined through its remarkable precision, which is brought to every moment of production. With a respect for tradition, riddling done by hand, natural corks for magnum reserve bottles and the last permanent cooper in the region, excellence has symbolised Bollinger champagne culture since its creation in Aÿ. More than just an art, it is a heritage.

The Bollinger Champagne House stands out for its 174 hectares spread out through seven main vineyards, 85% of which are Grand and Premier Crus, allowing the house to be one of the few which produces its own grapes for its blends. The house’s signature grape variety, Pinot Noir, represents 60% of the vineyard’s total grape varieties.

It was during the 1960s that the house first produced the R.D. “Récemment Dégorgé” cuvée, a symbol of Bollinger’s creative daring. Conceived by the illustrious Madame Bollinger, the R.D. cuvée is a vintage “Extra Brut” champagne that was aged on lees, offered at tastings just after disgorging. Freed from the shackles of time, the Bollinger R.D. cuvée offers a unique taste borne from a revolution in the world of Champagne.

After a fermentation entirely carried out in barrels, the Bollinger R.D. cuvée begins to mature under natural corks. The R.D. Bollinger 1999 cuvée has an exceptionally long maturation time, three times longer than appellation specification rules. This very low dosage champagne is left to rest for 3 to 6 months after disgorging.

The wine seduces with its intense and luminous golden colour.

With great depth, the nose combines fragrances of cashew nuts and honey with notes of tarte tatin, undergrowth and pan-fried mushrooms.

Structured and elegant, the palate reveals complex aromas of stone fruit, mocha, cocoa and truffle over the course of the tasting.

For an optimal tasting, serve at 12°C.

The RD 1999 cuvée by Bollinger will pair harmoniously with a mushroom and/or slightly truffled risotto, game, or even cheeses (old Comté, Swiss Gruyère).